A top Hizbul Mujahideen militant was among two militants killed in an encounter with security forces in Anantnag district of Jammu and Kashmir on Wednesday after an encounter broke out between militants and Indian Army and Central Reserve Police Force (CRPF). 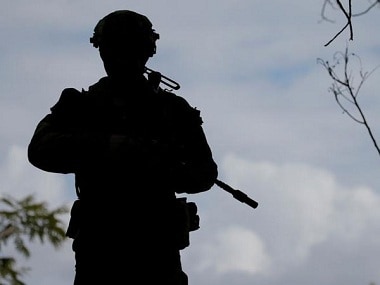 Altaf Kachru, one of the oldest Hizbul Mujahideen militants operating in the Kashmir Valley was killed in the operation. He was involved in many cases including the killing of policemen. The second militant was yet to be identified. “It was a specific operation and in a swift action both the terrorists involved in several cases of civilian atrocities and attacks on policemen were eliminated,” said SP Pani, Inspector General of Police, Kashmir Range.

An encounter broke out between militants and security forced in Anantnag on Wednesday morning, police said.

An official said the security forces launched a cordon and search operation in Muniward village in the Khanabal area of the district early on Wednesday morning following specific information about the presence of militants there.

An encounter erupted when the militants opened fire on the forces who retaliated, the official said, adding the exchange of fire is underway.
One or two terrorists are believed to be trapped in the area.

For the same, mobile internet services have been suspended in the entire district. Further details are awaited.

With inputs from agencies